About
Main About History As a result of the restructuring of the AO Ekran plant (Ekran plant, Joint Stock Company), the largest glass container production beyond the Ural Mountains is concentrated in the glass complexes of OOO Siberian Glass (Siberian Glass, Limited Liability Company). At present, glass products are produced here under the Ekran trademark.

In 2002, with the help of foreign funding, the production was equipped with the two lines from the Sklostroj company (Czech Republic), having a total capacity of 90 million units of glass containers per year.

In 2006, the implementation of the first investment program began: two lines were put into operation in the glass complex No. 1. As a result, productivity increased by 60%, and 260 million units of glass containers rolled off the conveyors per year.

In 2007, a glass-melting furnace with a capacity of 180 tons per day, equipped with an 8-section and two 6-section machines, was launched in the glass complex No. 1. This made it possible to increase the production volume up to 360 million units of glass containers per year.

In 2014, we finished the full (“cold”) renovation of glass furnace No. 4 and also launched the line for the production of clothed glass containers, using the NNPB technology (Narrow Neck Press and Blow), while maintaining the strength and reducing the weight of the bottle by 20-25% up to 283 g. This allows our customers to save on the transportation of final products, whereas the glass container plant reduces the cost of raw materials.

In 2015, Ekran implemented the second large-scale investment program for the modernization of furnaces (total investment: 600 million Russian rubles): in February, a major renovation of glass furnace No. 5 was carried out, increasing the daily capacity from 255 to 300 tons; in November, the reconstruction of the glass-melting furnace No. 2 was completed so the productivity increased from 100 to 180 tons of molten glass per day.

In 2016, the second NNPB line and the line with the possibility of producing colored bottles were installed.

In December 2016, the industrial brownfield park EKRAN was created on the territory of the Ekran plant. The Ekran plant was given the status of an industrial park management company, with Siberian Glass as the anchor resident.

In 2017, Siberian Glass (managed by the Ekran plant) installed the third NNPB line. The fourth line appeared a year later. In addition, in 2018, the reconstruction of glass-making furnace No. 4 was carried out. It added the capacity of 45 tons per day, up to 135 tons per day. For the first time in the glass industry, the enterprise introduced the technology of applying the innovative coating, containing single-wall carbon nanotubes synthesized by OCSiAl, on glass products. In the course of experiments, it was proved that the impact strength of containers with nanocoating becomes 10% higher.

In 2019, the fifth and sixth lines for the production of lightweight glass containers were introduced. 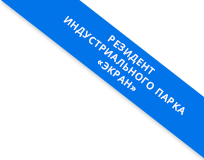